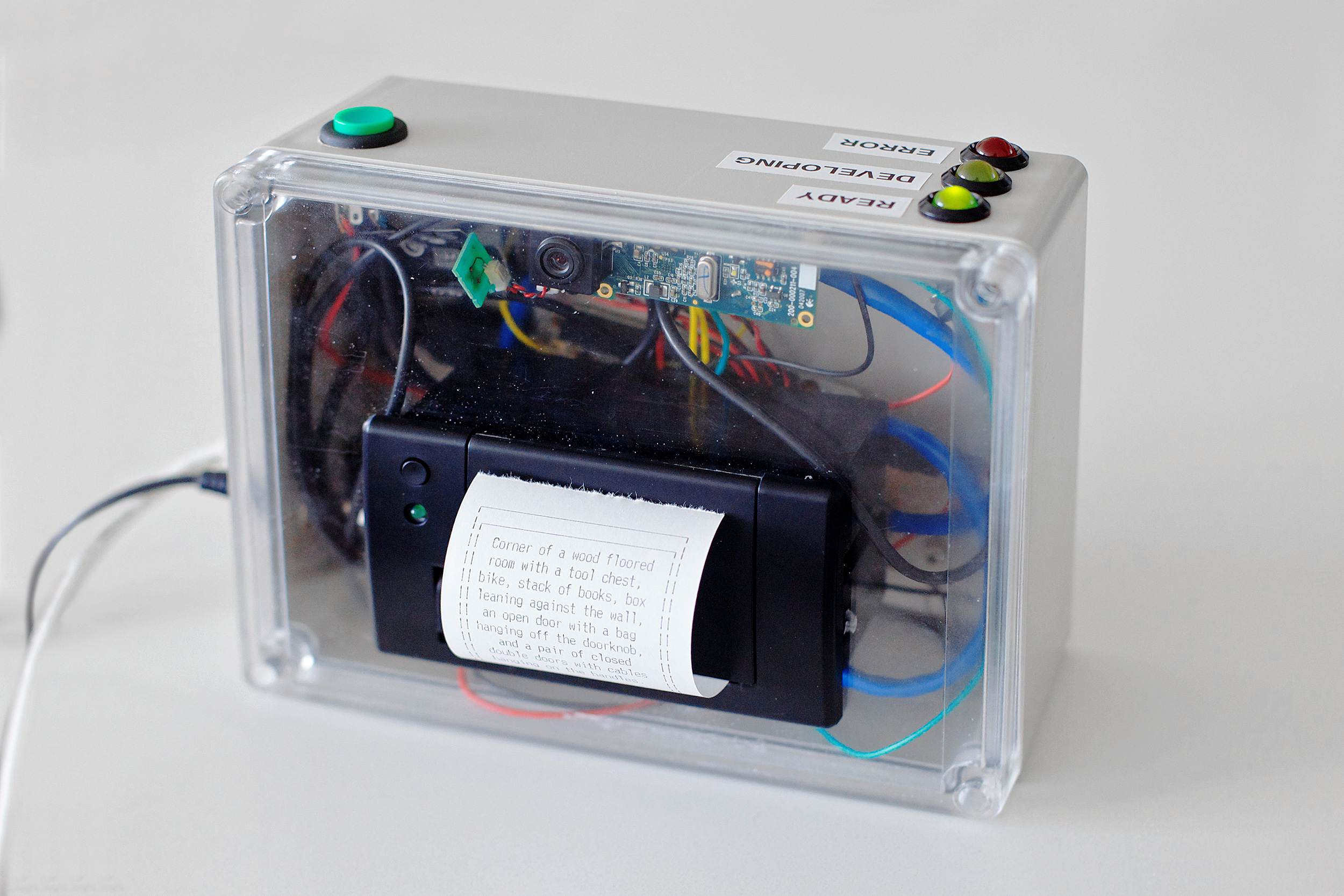 The Descriptive Camera, by Matt Richardson, is an intriguing type of camera. Instead of producing an image, pressing the shutter button basically lead to a textual description of the scene! More importantly, the way this text is created is quite original: after the button is pressed, the photo is sent to a Amazon Mechanical Turk – a platform on which one can submit tasks for workers on the internet to complete – where someone is paid to write down what is represented on the picture. This content is then sent back to the camera, and a thermal printer outputs the resulting text in the style of a Polaroid print.

The Descriptive Camera is a prototype, it's a rather speculative device, not supposed to be sold, but it actually works. It highlights how new media involve a new kind of relationship between humans and technology, a sort of collaboration between the user, users of Amazon Mechanical Turk, and a set of networked sensors. To some extent, this camera can be seen as new way to envision cultural forms, with an odd role of machines, much more subtle than Artificial Intelligence.

Nicolas Nova is co-founder of the Near Future Laboratory, a research agency based in Europe and California, and Professor at the Geneva School of Arts and Design (HEAD – Genève). His work lies at the intersection of ethnography, interaction design and futures research, with a particular interest in ubiquitous and mobile technologies and the cultural practices surrounding new media.