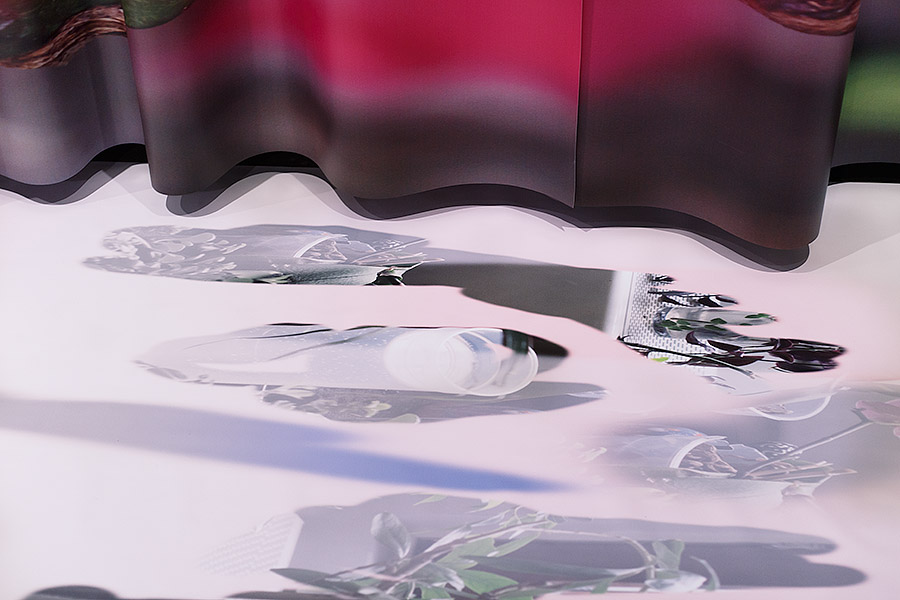 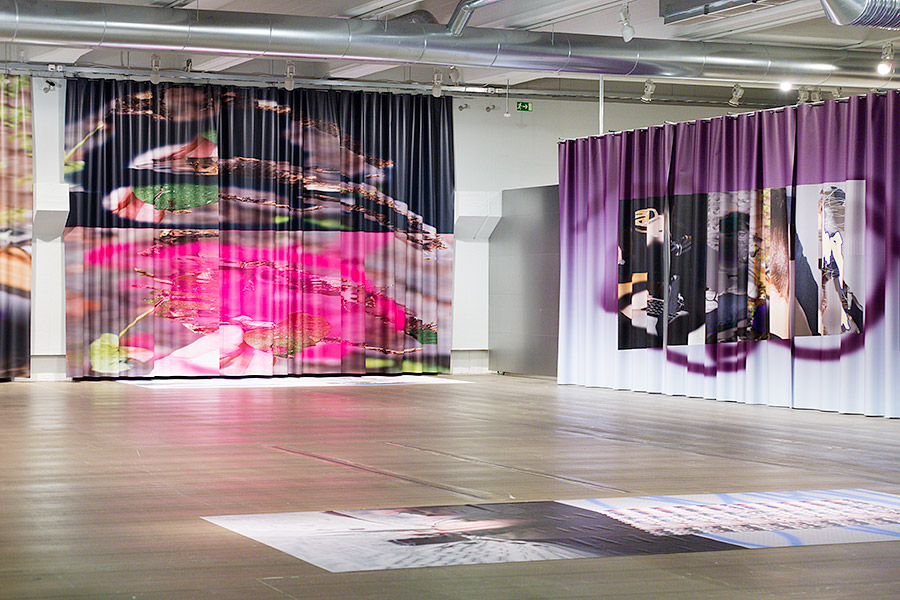 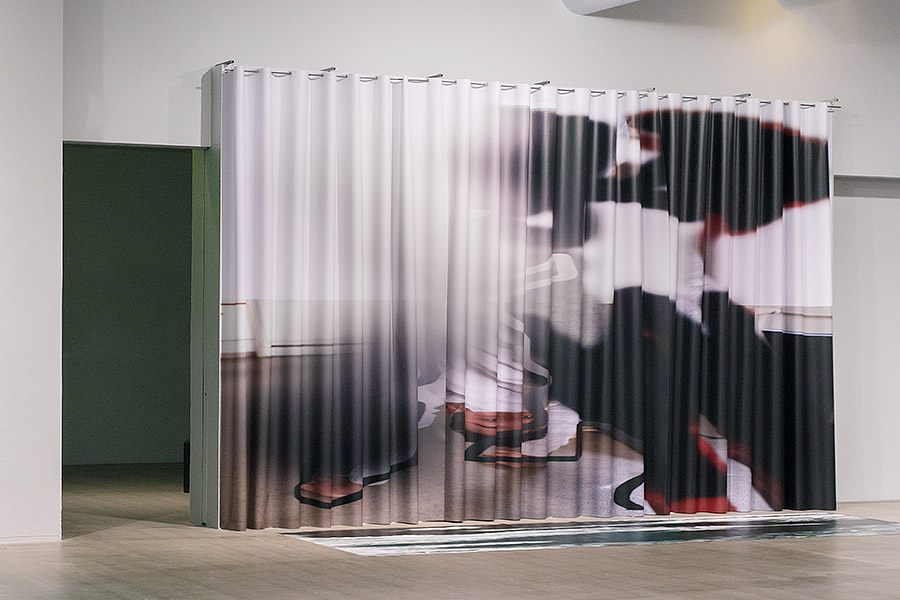 Andrey Bogush, with “When Everything Is Over So We Can Discuss"”
May 18, 2016 – August 14, 2016
Finnish Museum Of Photography, Helsinki
andreybogush.com

Data to computer scientists is as concrete as atoms to nuclear physicists or DNA to biologists. Although generally considered in abstract terms, these elements function as the foundational building blocks of our perceptible world. Take digital images for example: What we see on screen are not apparitions but tangible visual information. From this standpoint, artist Andrey Bogush dissects digital photography as material that can be calculated, coded, and manipulated. For his exhibition “When Everything Is Over So We Can Discuss,” Bogush renders quotidian photographs—shot while working at home or in nature—with digital patterns and hazy swaths or scribbles of color. Pulling these images off the screen and into sculptural space, Bogush printed them on industrial vinyl and has hung them as rippled curtains lining the walls or as flat carpets on the floor. Using similar tropes as artists such as Alice Channer or Lucas Blalock, Bogush features warped, shifted, deleted, and replicated details captured in metamorphoses. For example, elongated appendages are overlain with nebulous blobs of purple and diffused gray in Proposal for Hand, Content Aware Fill and Violet, 2016, while visually fractured and partially replicated fingers and textiles are seen in Proposal for Hand, Phone and Duplicated Curtain, 2015.
Representing digital tools of production, smart phones and laptops are combined with plant matter that makes appearances throughout. At times, images are reconfigured and juxtaposed as floating screens cut and pasted at angles, then flattened onto gradient layers, collapsing the visual depth of the foreground and background. Life experienced daily on-screen bears equal weight to that captured in physical space, and as distinctions begin to blur, digital life for artists like Bogush has long become second nature.