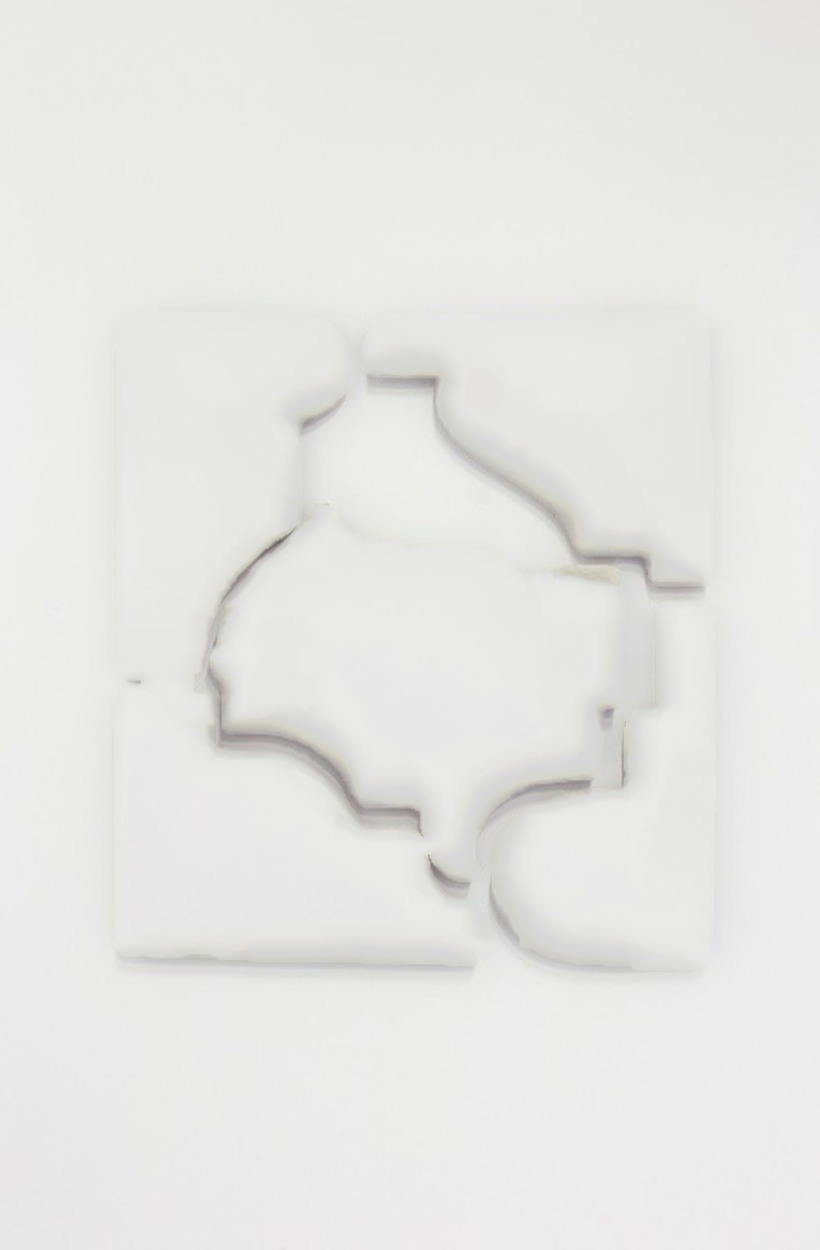 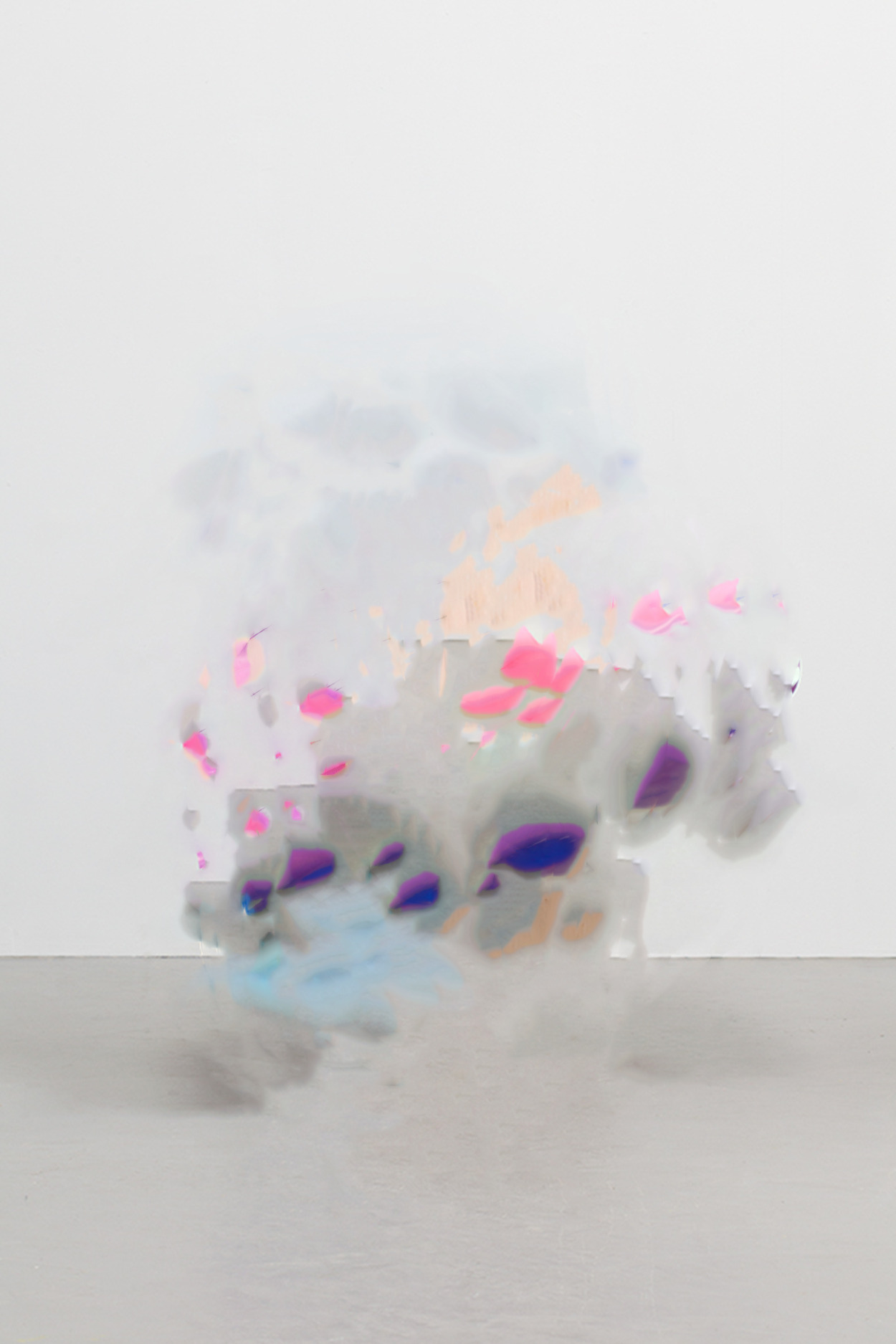 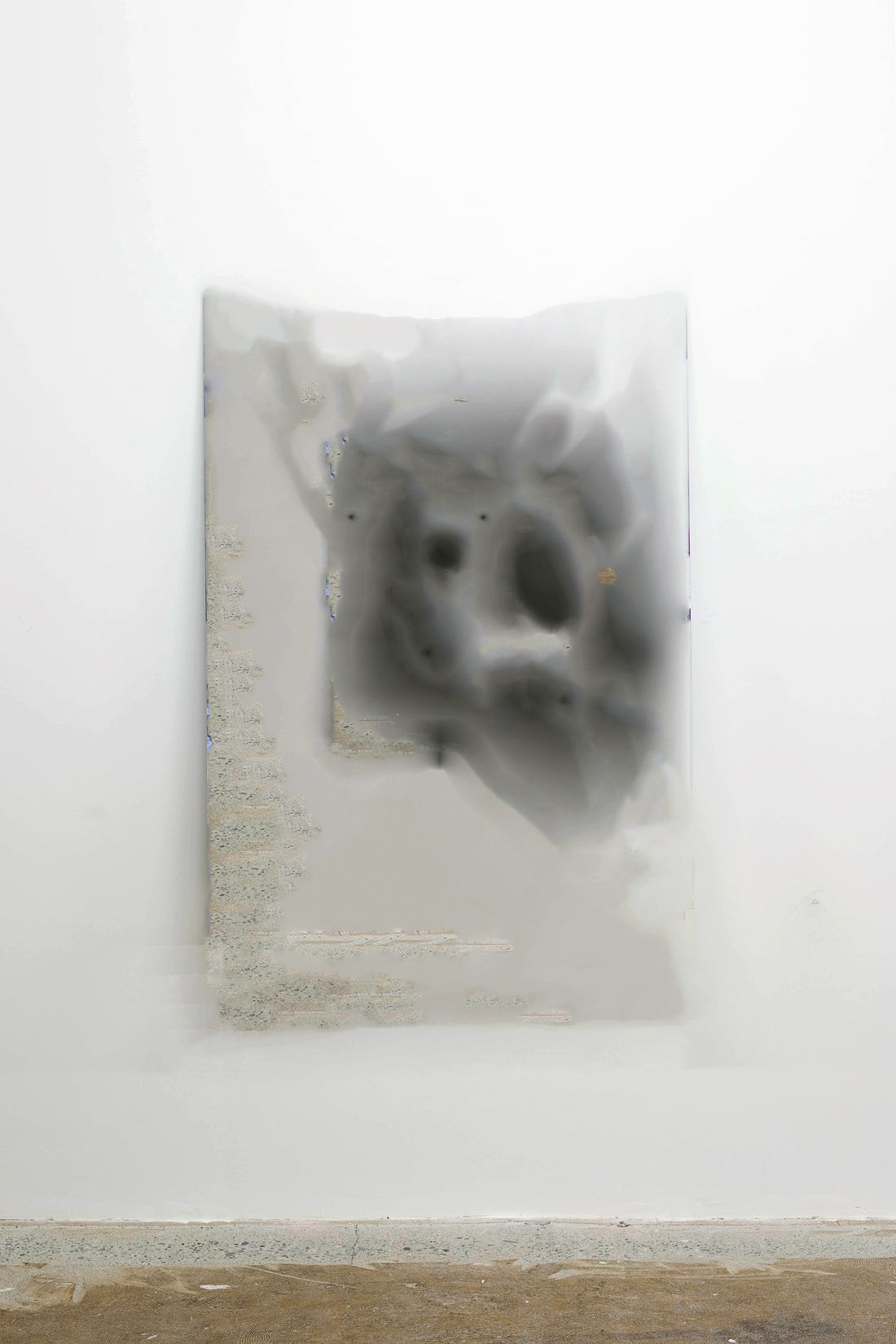 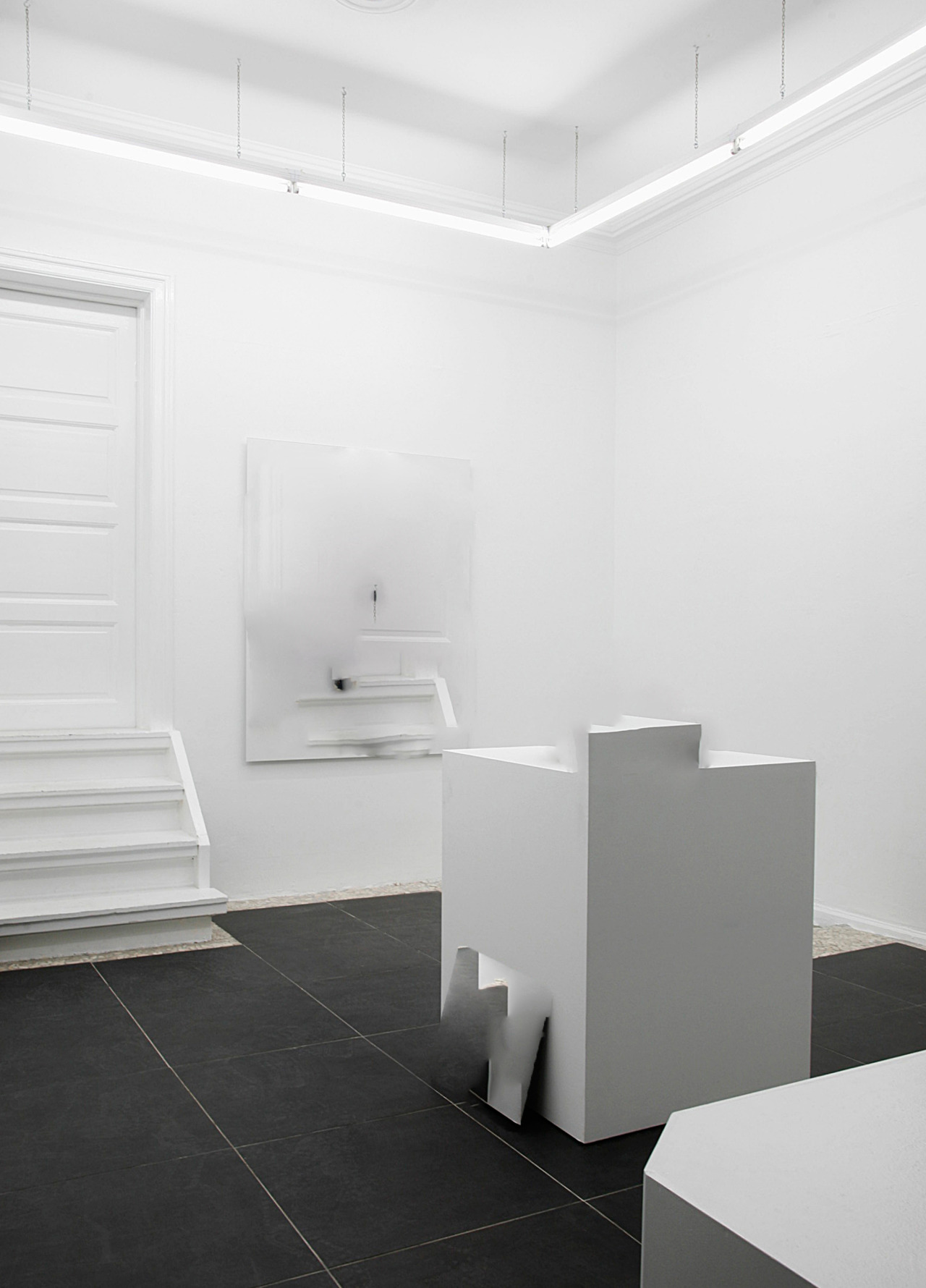 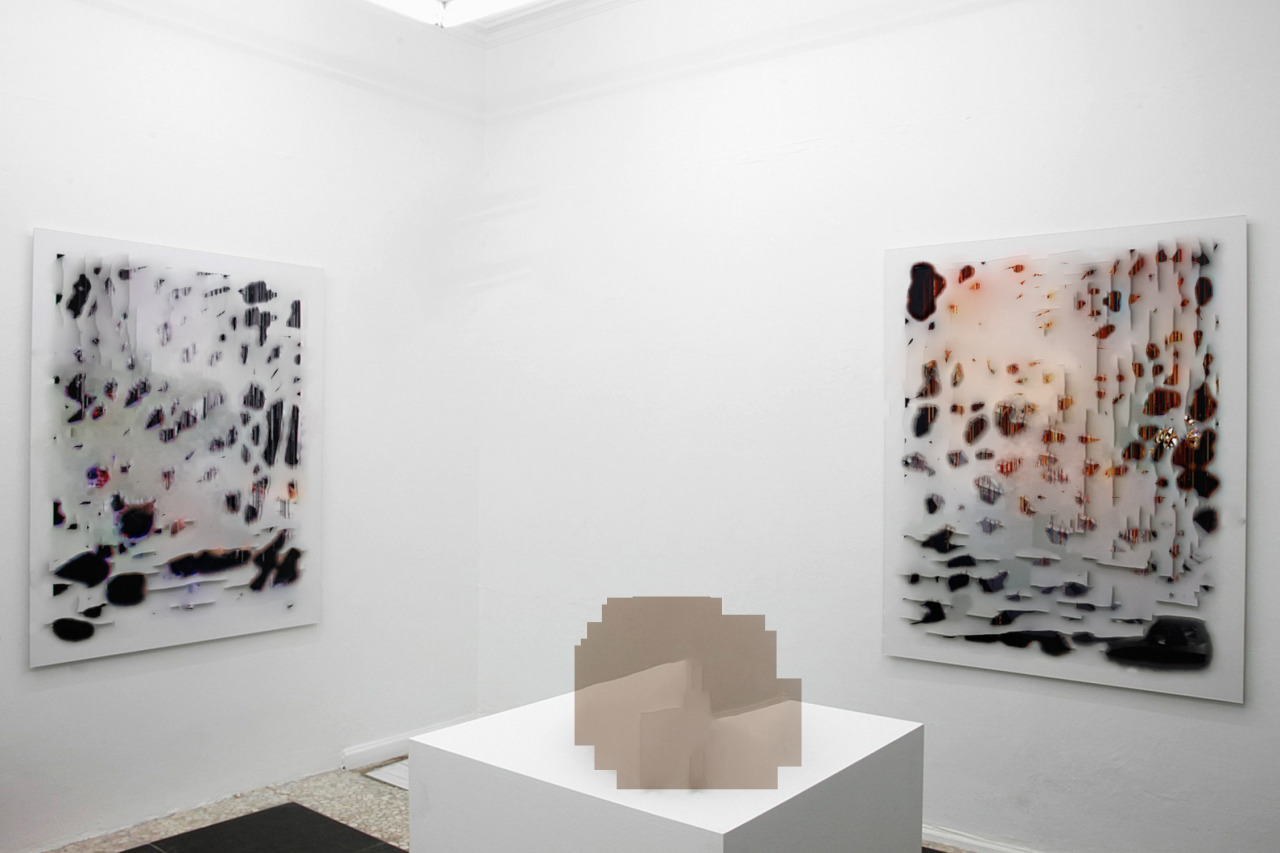 David Hanes, with "AWARE, 2011 - Present"
From 2011 and ongoing series.
On http://thxinternetthx.tumblr.com/
http://www.davidhanes.info/

David Hanes (b.1987, Toronto) lives and works in Berlin, Germany.

Starting in 2011, he began remixing found images of art from the Internet in a series he titled ‘Aware’. The project, which continues as a means of responding to and engaging with art, uses images he has been finding online through art blogs such as V-VORK, Contemporary Art Daily and We Find Wildness. The result of these digital interventions is an exhibition view stripped entirely – or partly – of its artworks, creating a new document at the border of abstraction and representation. The alterations question the conceptualization, and presentation of art online, to both challenge the authority of the image and examine the dissolution of traditional boundaries between art, image, surface and documentation.

Since then, he has exhibited selected images from the ‘Aware’ series in two solo-exhibitions with Birch Contemporary in Toronto (2014 & 2016), group shows both nationally and internationally, online commissions (artfcity.com), plus – beginning in 2015 – a weekly contribution to the Swiss art blog: We Find Wildness. Aside from the creation of new work, his practice doubles as research into the phenomenon of accessible digital archiving, that he believes to have a major impact on the dissemination of art today.

Many museums including KODE in Bergen, Pergamon in Berlin, and The Usher Gallery in the UK have already begun the process of digitizing their entire art collections. The digital age has given a new face to the ways in which we consume and learn about art. His work examines this architecture and the new experience of art in our data abundant cultural condition.