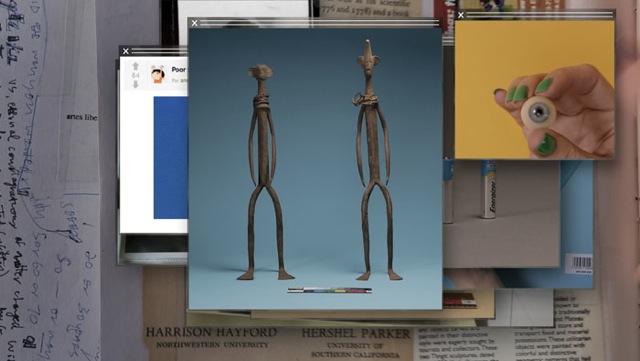 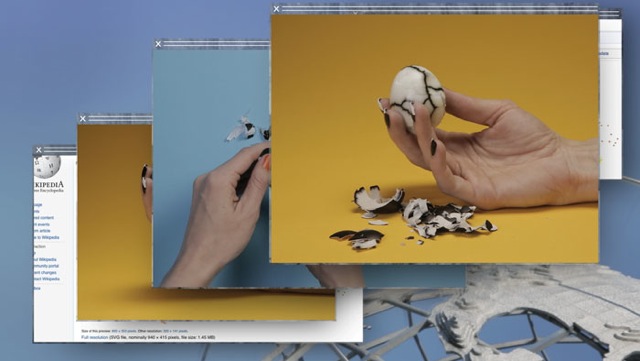 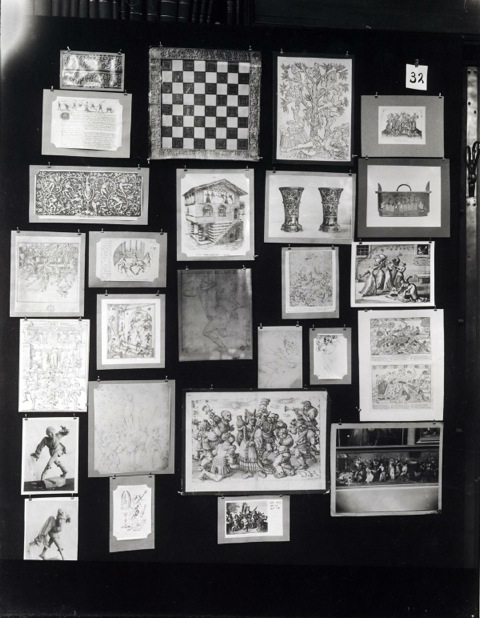 Camille Henrot’s single-channel video Grosse Fatigue (2013) responds to the prevealent way images of all types are consumed today: on a screen, and often layerd with numerous open windows. Set to spoken-word poem with a throbbing percussive soundtrack, Grosse Fatigue is composed of accumulated shots that attempt to narrate the creation of the universe. The images are drawn from the scientiic and natural collections of the Smithsonian Institution in Washington, DC, mixed with found images from the Internet and scenes filmed in divers locations, including domestic interiors and pet stores. The series of pop-up images and windows that animate Grosse Fatigue propose a new methodology for understanding our own history—not through the linearm models of a prevous era, but rather through the consumption of incongruent linked images which raises questions about subjectivity and meaning today. Like prescient work of Aby Warburg, who similarly created a subjective relationships among disparate images to create new narratives and question established hierarchies, Henrot’s video suggests how the immense and never-ending avalanche of available pictures and information today produces a condition of image fatigue.